Engaging all facets of public safety to bring about meaningful change

What We Focus on in Public Safety

As skilled project managers, Perme & Peterson Associates provide services customized to your specific needs in the law enforcement industry, including the areas listed below.Our process supports your change and development efforts to get the most out of your valuable time.

We’re proud of what public safety officials say about us and our work with them!

Planning for a Strong Future Direction

In a recent project, the Command Staff of a suburban police department recognized they would have a lot of leadership changes in the next 5 years. They wanted to create strong direction and develop leaders for succession by updating their mission, providing a clear vision, and defining their core values.  They asked us to help them develop a strategic plan starting with an assessment of their workplace culture.  That ultimately informed the leadership on their need to provide a unified message to staff.  Through high employee engagement, the entire agency was included in the planning process; all employees additionally had the chance to help shape the goals of the department over the next 3 years.  As a result, agency leaders were more united in their communication to staff and went forward with well-defined targets for department development.

In a mid-size public safety organization, new leaders needed a strategic plan to deal with increasing demand for services, staff turnover, and questions regarding public safety.  The only problem was that “strategic planning” had a bad name and no one wanted to do it!

We conducted a limited culture study and found that the overall culture was highly passive-defensive, with Avoidance being a core theme.  Focus groups and interviews shed light on the situation — there was great fear of making a wrong decision, which translated into pushing decisions up the organization.  As a result, decision-making often took too long and most decision were made in a crisis.

For strategic planning to be effective, they would need to model effective decision making.  We helped them get ready to plan by: (1) defining and committing to a “From-To” organizational culture shift; (2) clarifying their leadership/management roles and responsibilities;  and (3) clarifying their decision-making structure.  Then we worked with the leadership team and the rest of the organization a highly engaged manner that avoided reinforcing defensive cultural styles (which is easy to do inadvertently) and focused on facilitating new experiences that built the culture they wanted to create.  In other words, we now knew what to target, and we could design planning processes that supported “mutual learning and shared experiences,” which is what Edgar Schein calls the key to culture change.

In 2012, as the economy was beginning to emerge from the Great Recession, the leaders of a high-tech law enforcement agency were getting worried.  This agency provided key background support and tools for law enforcement personnel to do their jobs in the field.  The leaders were hearing rumblings that their highly-specialized staff were looking at jobs in the private sector that paid much more than the agency could afford in the public sector. The leaders knew that if they lost these employees and their expertise, the agency would be hampered in their ability to serve the law enforcement community well until they rebuilt.

Wondering what they could to do retain the talent they had, they agreed to conduct a cultural assessment of their organization, with the realization that employee satisfaction and motivation was a byproduct of a healthy culture.  We used the research-based tools from Human Synergistics, Inc. to both assess the current and ideal cultures and identify the key levers for change. We also conducted focus groups of employees to validate the findings and perhaps explain some of the “why’s”.

What we learned was that most employees were committed to the mission of the organization and public service, but highly frustrated by their lack of involvement in decisions and practices that involved them.  They were worried about the quality of their and the organization’s work, and felt that their voices weren’t being heard. This resulted in low satisfaction and the need to protect themselves.

The management team shared these results with the organization and pledged to change this – which they did immediately by involving the whole department in creating a development plan that became a part of their overall strategic plan. They also created a cross-department culture committee co-chaired by the top leader and an employee who was one of the most vocal critics at that point. The committee’s job was to monitor the progress of culture change and make recommendations for new practices and refinements, which happened.

Fast forward 3 years later – 2015.  The agency redid its organizational assessment and compared the results.  Employee satisfaction and intention to stay had risen significantly and was now above average even against research benchmarks. They did not lose many staff, and several actually returned to the agency!

Today, the agency is still focused on creating a constructive culture and has become much more adaptable, developing and rolling out new tools for the law enforcement community that increases their speed and effectiveness. And they still love their mission!

A police department was experiencing internal conflict, affecting employee morale, teamwork, and their ability to successfully engage in community policing. This also effected how services were performed and how the community perceived the police department.  A survey was done to determine the issues and problems; clear expectations at all levels of the organization were a large contributor to the agency’s difficulties.  As a result, all managers in the chain of command were given leadership and management coaching and training, clear expectations were put in place, and everyone in the department received community policing training.  Within a year, the department’s internal conflicts lessened, teamwork improved, and the police department received a National Community Policing award.  The success of the department continues through focus on effective management and leadership to create and maintain a constructive work culture.

The MN Private Detective & Protective Agenda Services Board (PD/PA Board) decided that it wanted to improve the efficiency, effectiveness, and speed of its administrative processes for issuing and re-issuing licenses for private detectives and security firms in MN. There was a frustration on the part of applicants and board members alike with the length of time it took to get a license issued or reissued – often more than 4-6 months!   As part of the process improvement effort, the Board also wanted to identify areas for potential changes in statute and administrative rules that have outlived their usefulness, since neither had been changed for more than twenty years.

The PD/PA Board redesigned its core processes in less than 10 weeks, with the help of a 10-person design team composed of industry representatives, current and past board members, internal staff, and a rep from a similar type of board. The design team met for a total of 2 ½ days over that time frame, with meetings solely focused on decision-making since all the data gathering was facilitated by two highly experienced process consultants – Cathy Perme and her associate.

The results? The newly designed processes strengthened public safety and license holder accountability, while eliminating burdensome regulations and outdated requirements. The new processes empowered staff to approve routine license renewals, and focused the board on exercising its judgment on new applications and stickier situations. Today, renewals take less than two weeks to approve and new applications less than two months. In addition, the Board has improved public safety by rooting out unethical practitioners.

Employee wellness is the health of the person inside and outside of the workplace. It is about the organization AND the individual focusing on whole wellbeing together: physical, mental, spiritual, professional, and financial.  When wellness is supported in these zones, resilience is increased, the working environment improves, and the ability to make meaning of one’s circumstances is strengthened.  Together, these factors create a productive, efficient, and encouraging workplace culture while extending wellbeing into home life. 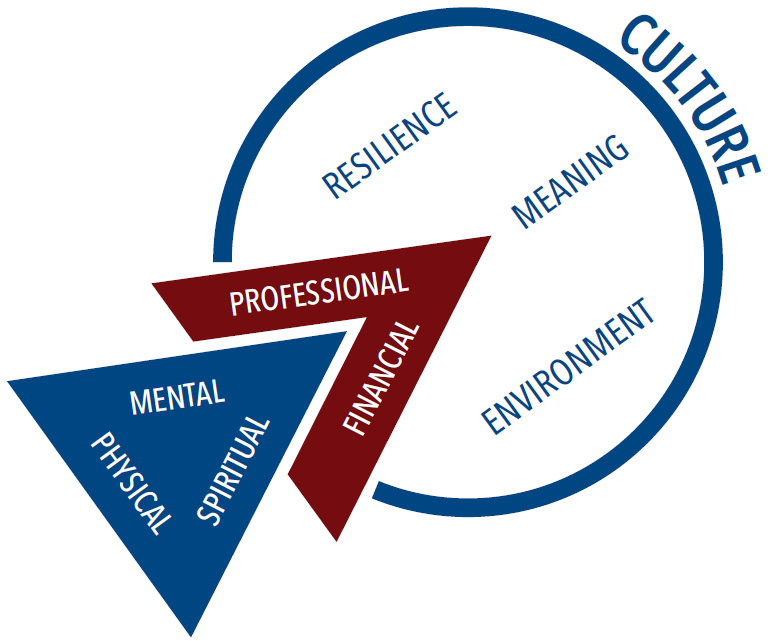 “They were organized, timely, and thorough — very professional!”

“We valued their insight and support, and their willingness to provide an objective view.”

Our Qualifications in Public Safety 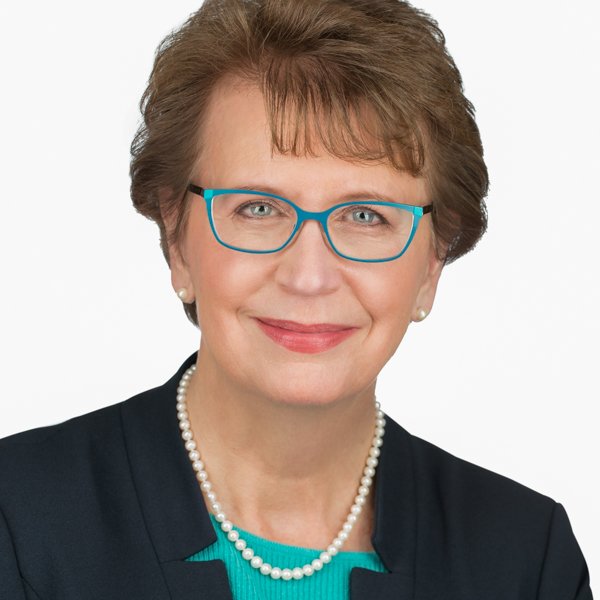 Cathy is a change agent with deep experience in whole system change, who has worked with public safety organizations for nearly 20 years. Through her work with police departments, corrections departments, and policing associations, Cathy has developed a great understanding of the needs and challenges of public safety organizations within state and local government. Her work with unions adds another level of value to her service; she skillfully brings union leaders to the same table with administration to develop plans best for the whole agency.

Cathy is a versatile consultant and facilitator, and has been consistently recognized for leadership, critical thinking, communication, and results. Cathy has an MA in Human Development with an emphasis on whole systems change from Saint Mary’s University of Minnesota. 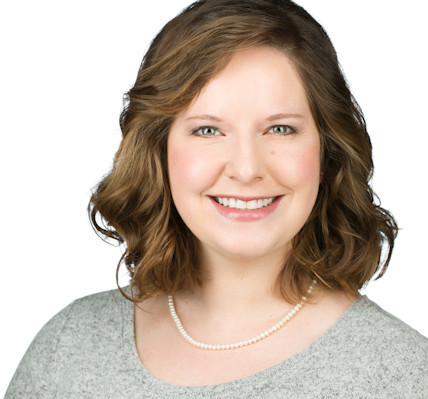 Amber is a passionate and energetic innovator who joins organizational culture and excellence with employee wellness. Amber’s practical experience in law enforcement informs her knowledge and expertise in building strong teams, meaningful connections with stakeholders and community members, a calm, deliberate approach to strategy, and personal resilience.

Amber started as a police officer in Duluth, MN, working on patrol before gaining a position as a mounted officer; she was assigned many responsibilities in her time there, from background investigator to community officer to Explorer’s advisor. Her final project in Duluth was to conduct interviews with each of the 210 staff members as part of a SWOT analysis for strategic planning.

Amber truly believes the path to developing a robust organization and making meaningful change is through the whole wellbeing of its employees, for which she can develop strategy for any agency. Amber has an MA in Criminology from the University of MN – Duluth, an MA in Employee Wellness from Saint Mary’s University of MN, and a degree in Law Enforcement from Fond Du Lac Tribal and Community College.

For more information on Cathy and Amber, and their valued associates, click here.